On June 2, 2017, Charlie Fink, former frontman for the indie folk band Noah and the Whale, will release his debut solo album and theatrical production (pairing the solo effort with a stage play of the same name) Cover My Tracks via Hangman Records. The album features guest appearances from English folk rock trio The Staves and classical guitarist Laura Snowden. You can now watch the official video for the track “I Was Born to Be a Cowboy” (located above), which will appear on the forthcoming album.

Theatrical Production
Charlie will perform the theatrical adaptation of Cover My Tracks at The Old Vic, starring alongside the actress Jade Anouka (who most recently appeared on stage as Mark Anthony, Hotspur and Ariel in the Donmar Warehouse’s Shakespeare Trilogy at Kings Cross) in a unique production, directed by Max Webster, that plays at the theatre from June 5th-17th. 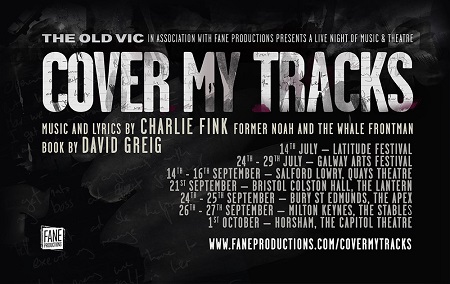 After Noah and the Whale parted ways in 2015, Fink released the solo single “My Heartbeat Lost Its Rhythm” and has kept himself busy with other productions, including scoring the film A Street Cat Named Bob. 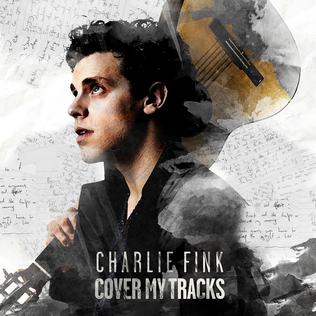