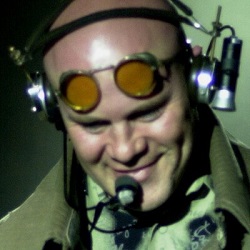 RIP Eddie Van Halen, dead today from cancer at 65. He was hilarious, mercurial, brilliant, and had the most beautiful relaxed expression as his fingers flew over the fretboard. He rarely guested for others, so I am priviledged that he played on my album ‘Astronauts and Heretics.’

Previous: Alex Van Halen, “Hey Ed. Love you. See you on the other side.”
Next: Michael Anthony & Sammy Hagar Pay Tribute to Eddie Van Halen: “We Have The Music…The Music Will Live Forever”