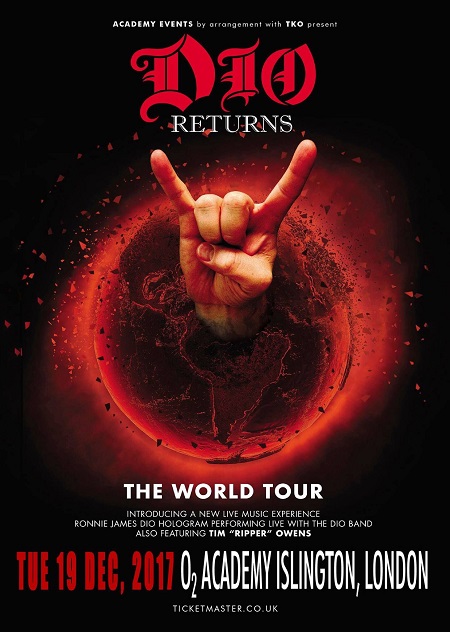 After debuting at the 2016 Wacken festival in Germany, the Ronnie James Dio hologram will be coming to O2 Academy Islington in London on Tuesday December 19th. Backed by the Dio Disciples, a group of musicians who previously played with the legendary singer, “Dio Returns” will kick off with an initial European leg on November 30th in Helsinki. A list of dates can be found below.

Previous: Faith No More on Chuck Mosley, “His enthusiasm, his sense of humor, his style and his bravado will be missed”
Next: Foster the People “Sit Next To Me” Official Video