Def Leppard to Nickelback: “We get to pass the baton to you for being the most hated band” – 2022 – Chad Kroeger INTERVIEW 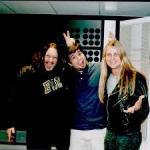 Jorge Botas: Had a chat with Chad Kroeger of Nickelback, to talk all things “Get Rollin'” and why and how they became one of the most “hated” rock bands on the planet!

You can listen to the entire interview via the embedded YouTube clip below. An excerpt from the conversation has been transcribed. 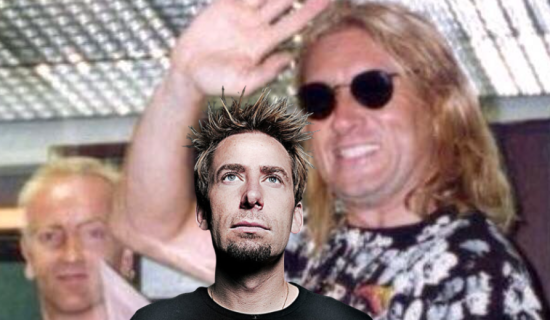 On why Nickelback became the world’s most hated band:

I’ve got a pretty good grasp of where things kind of went off the rails for us. So, I think that because we write so many different kinds of music; I think that if you were listening to a radio station any time between 2000 and 2010, ’11, ’12 even, we were kind of tough to get away from. Because if you didn’t want to hear it, and you changed to a different radio station, you’d probably hear it on that and then change to a different radio station, you’re probably going to hear it in so many different places. We were really tough to get away from. And that’s not my fault (laughs), we just write the songs. And so, with that comes backlash.

Then what happens is, then comedians start making jokes. Then it starts making it on to TV, and then it makes it into movies and stuff like that. And then it just turns into this wave of, like, “Oh, it’s fun to pick on them.” It’s an easy joke. And I get it, I understand. There are bands that when I hear them on the radio, and they’re very popular bands. I mean, we all have those. No one is exempt from that. There are certain bands where you just hear them, and you just don’t like them. Half the world may love them, and I’ll just be, like, “No, I just cannot hear this band one more time.” And just like everyone else does, I change the channel.

We kind of became the whipping boy of the music industry for a while there, but, you know, whatever. It’s just part of the history of the band.

It’s funny because we were at the American Music Awards, we were presenting, and we presented to Def Leppard. When we walked backstage afterwards, Joe Elliott and Phil Collen turned to me, and they were just, like, “Dude, thank you so much.” I’m, like, “For what?” They were, like, “For taking the trophy. We get to pass the baton to you for being the most hated band in the world now.” And I was just, like, “Oh, yeah, because I want that.”

We went for dinner with AC/DC in Chicago years and years and years ago, and this whole thing came up. Brian Johnson said when they released ‘Back In Black,’ they were the most hated band on the planet. So, I feel like we’re in good company.

Later in the interview, Chad talked about working with legendary producer Mutt Lange:

When we were working with Mutt, doing the ‘Dark Horse’ record, there was some stuff on there, where I was like, “How in the hell am I going to sing this live?” He said: “That’s not my job. My job is to make you guys sound awesome in here. You have to figure that out.”

Nickelback released their tenth studio album, Get Rollin, on November 18, 2022. The lead single, “San Quentin,” has been embedded below.