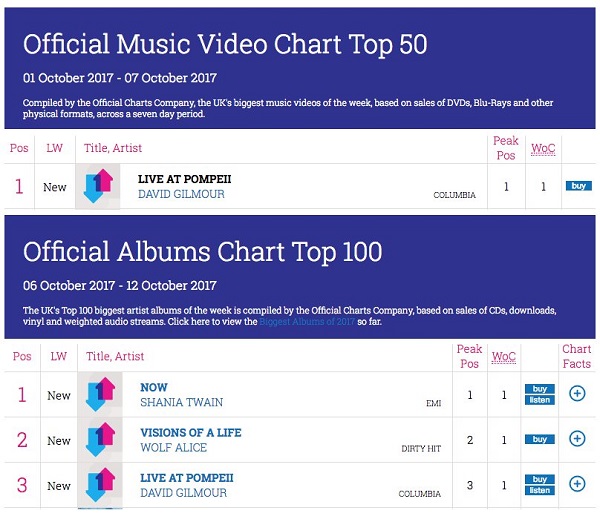 David Gilmour Live at Pompeii debuted at #1 on the UK Official Music Video Chart and #3 on the UK Official Albums Chart, his fourth Top 10. Taken from two spectacular shows at the legendary Pompeii Amphitheatre, the album/dvd/Blu-ray set was released on September 29, 2017.

Did you know?….
On September 13th, the film, David Gilmour Live At Pompeii, was shown in over 2,500 cinemas worldwide.