Daughter “Hope” from ‘Life is Strange: Before the Storm’ Video Game Soundtrack 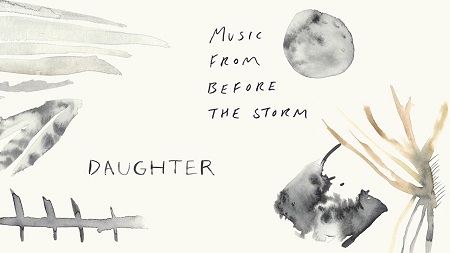 Daughter recently scored ‘Life is Strange: Before the Storm,’ an episodic graphic adventure video game developed by Deck Nine. Titled Music from Before the Storm, the soundtrack was released on September 1st.

In a second installment, Daughter’s Igor Haefeli discusses track #4 “Hope” (the track has been embedded below):

“‘Hope’ started from an old idea I had years ago but didn’t feel right in the context of what we were creating with Daughter at the time. To get the sentiment right, I drew inspiration from the excitement of seeing things come together when creating music. There’s nothing quite like feeling you’ve just made a creative breakthrough – it’s a force that can take hold of you in an intoxicating way and make all those moments of self-doubt and perseverance worth every second. The first 2/3 of the track were laid out before Elena sat down and started muttering this mantra which very quickly turned into the lyrics you can hear on the soundtrack. Funnily enough, I find the words to apply as a metaphor for the creative process – both in facing the darkness of the storm as well as the lightness associated with the idea of rebirth. Although we ended up going with a big, conclusive final section, it was important for the track to have its feet on the ground instead of flying into something so epic it didn’t feel anchored in reality. I think the drums really helped keep the whole thing together in that respect.”