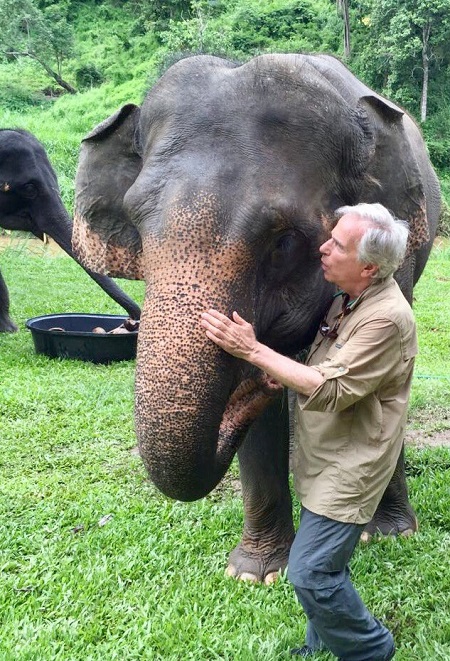 Put big game trophy decision on hold until such time as I review all conservation facts. Under study for years. Will update soon with Secretary Zinke. Thank you!

Celebrities are using social media to voice their outrage over Donald Trump’s decision to allow hunters to bring trophies of elephants they killed in Zimbabwe and Zambia back to the United States, reversing a ban put in place by the Obama administration in 2014. A list of reactions have been posted below (we’ll add more as they come in).

Joan Jett:
Help urge Secretary Zinke, US Department of the Interior and the USFWS International to keep the elephant trophy import ban intact at this location.

Seth MacFarlane:
“You really have to be a special kind of human garbage to lift a ban on elephant trophy hunting.”

The Lumineers:
“The fact that Trump has lifted President Obama’s ban on elephant trophies being imported into the country is a devastating blow to the survival of these beautiful animals. It’s savage and pointless. It breaks our hearts.”

Peter Frampton:
“Don’t tell me this is so his sons can go kill more animals for fun. Making America worse everyday! Arsehole”

Ron Jeremy:
“Lifting a ban on elephant hunting? They are endangered! Their excuse is they will raise so much money from the hunters they can save other elephants. How about you just give them the money to help save the elephants?”

Ricky Gervais:
“I’m an optimist, and I truly believe that in the long run, a cruel, irresponsible regime increases the individual’s sense of responsibly and compulsion to do good. It makes us grow up. Take charge. Protect the innocent. #BeKindToElephants”

Moby:
“Trump has overturned an Obama order that prevented bringing “trophies” from slaughtered elephants into the US. Let me be clear: Fuck you Donald Trump and fuck you GOP. It’s like Trump and the Republicans go out of their way to be as evil as they can.”

Tony Kanal:
“No longer surprised by the nefarious acts of Donald Trump and his administration but this is truly heartbreaking. Lifting the ban on bringing elephant “trophies” into the US is a massive step backwards in protecting these endangered creatures. There is no “sport” in hunting.”

Rep. Vern Buchanan (U.S. Congressman):
“I oppose lifting the ban against importing African elephant trophies. We should not encourage the hunting and slaughter of these magnificent creatures. We don’t get a second chance once a species becomes extinct.”

Myles Kennedy:
“Heartbreaking: Reversing the trophy import ban is a backward back for ethical conservation efforts & one we are deeply disappointed to see”

Nikki Sixx:
“Fuck You Donald Trump and your piece of shit family.”

Matt Sorum:
“When you thought it couldn’t get any worse. This is heartbreaking, I’m disgusted with this administration.”

Jackie Evancho:
“To roll back the ban on elephant trophy imports of these majestic, endangered, beautiful, creatures of God, is sad and wrong on every level!”

Henry Winkler:
“At every turn.. for all life ..disrespect.
“If you met Natalie in person … she would jump right into your heart ! NOT put her head on a wall.”

Jay Walker:
“Our president reversed a ban on bringing elephant trophies back to the US. If you could spend 5 minutes with one of these animals and still want to kill it for sport, you’re a psychopath.” 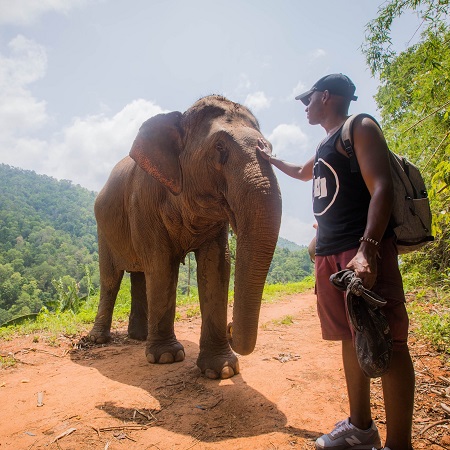