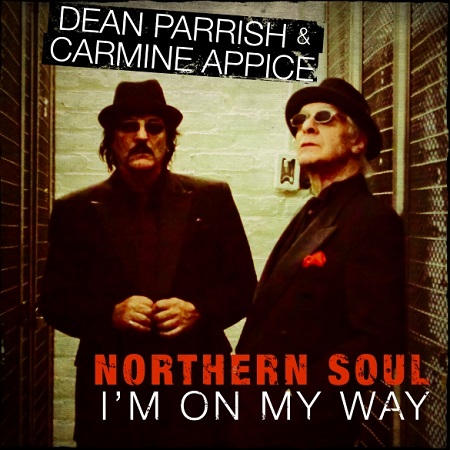 Legendary drummer Carmine Appice’s work can be heard in another TV ad, this time for Arla Milk.  In the commercial, the voiceover explains that Bill has made a deal with Mother Nature.  She supplies the sun and rain Bill’s cows need to grow the grass they eat and in return, he makes milk the “organic way,” using only what she gives him.  The backing music is taken from Dean Parrish and Appice’s re-recorded version of the hit single, “I’m On My Way,” featured on their EP, Northern Soul.  The commercial is currently airing in the United Kingdom.  Watch the clip below.

“I’m on My Way” was originally released by American soul singer, Dean Parrish. Written by Doug Morris and Eliot Greenberg, it was first released in the United States in 1967 without any chart success. It was released in the UK in 1975 and found chart success due to its popularity with the Northern soul scene.

About Northern Soul, Carmine said: “Some of my favorite music was the 60’s RnB and the songs on this EP with Dean singing are exactly that, 60’s RNB or today known as Northern Soul. Back in the early 1960s, before Vanilla Fudge, I played with Dean in a 7-piece RnB group. Dean was always great at singing this music and I and glad to being playing that music with Dean again. I enjoyed putting this music together with him!”

Make sure to read our previous post about Appice’s band Vanilla Fudge, whose hit single, “You Keep Me Hangin’ On,” was recently featured in the new 2018 Audi R8 Spyder Campaign.