Cage the Elephant will launch their European/UK tour next week, on Friday June 23rd. Then in July, the band will return to North America for several festival dates. A list of tour dates can be found below.

On December 18, 2015, the Kentucky rockers released their fourth studio album, Tell Me I’m Pretty, via RCA Records. The album was recorded in Nashville, Tennessee and won a Grammy for Best Rock Album at the 59th Grammy Awards. Regarding the album, vocalist Matt Schultz stated: “With this record, we wanted to be more transparent. We wanted to capture the sentiment of each song, and whatever emotional response it provoked, to be really honest to that.” You can listen to the single, “Too Late to Say Goodbye”, in the clip above. 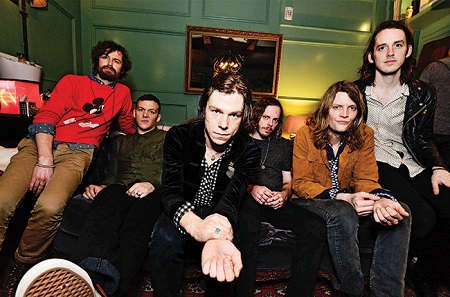