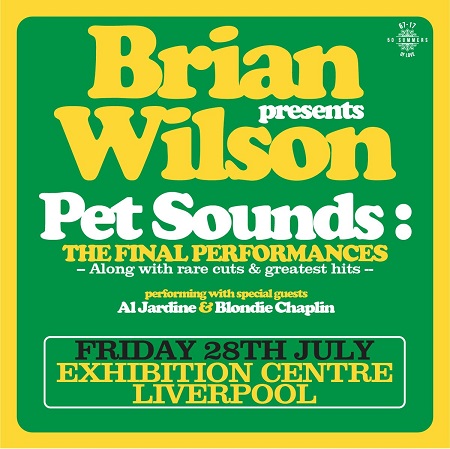 Pet Sounds 50th anniversary celebration & final performance in its entirety. Along with rare cuts and greatest hits. With a band featuring Al Jardine and Blondie Chaplin.  A special pre-sale starts tomorrow (03/01/17), tickets available at this location.

Originally released in 1966, the Beach Boys album Pet Sounds featured hits such as ‘Wouldn’t It Be Nice’ and ‘God Only Knows’. Through the years, the band’s eleventh studio album has gained worldwide acclaim from critics and musicians alike. It is considered to be one of Wilson’s finest moments and one of the most influential albums in history.