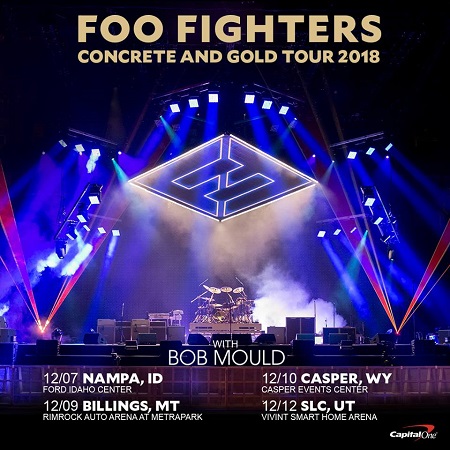 Bob Mould will join the Foo Fighters as a special guest in December. The Hüsker Dü co-founder will open shows in Nampa, Billings, Casper, and Salt Lake City. Tickets are on sale now at this location.