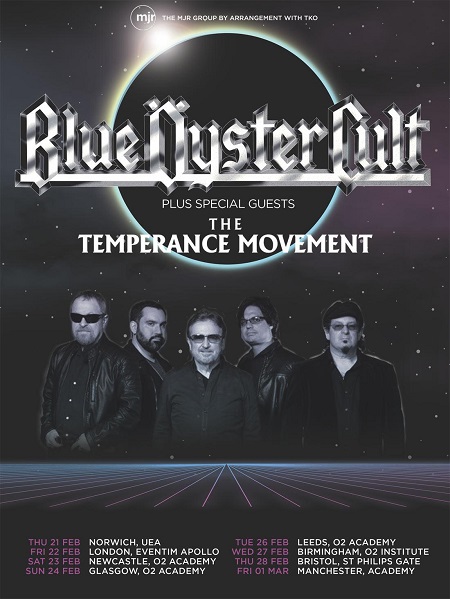 Blue Öyster Cult will embark on a tour of the U.K. in 2019.  The 8-date trek will kick off on February 21st in Norwich, and will also stop in London, Newcastle, Glasgow, Leeds, Birmingham and Bristol before wrapping up in Manchester on March 1st.  Special guests on all eight dates will be blues rockers The Temperance Movement.  A list of dates can be found below.

Ticket pre-sale is going on now with general tickets available on Friday.

Previous: Pete Way, “It was really great to catch up with Paul Chapman” + Focusing on Solo Project
Next: City of Los Angeles Honors The Doors w/ “Love Street” Plaque/Marker – Shazam