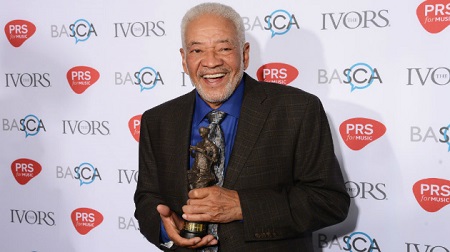 On Thursday (05/18/17), the 2017 62nd Ivor Novello Awards were held in London, England. The annual event was named after Cardiff-born entertainer Ivor Novello and recognizes achievements in songwriting and composing. Presented by the British Academy of Songwriters, Composers and Authors (BASCA) since 1955, the Ivor Novello Awards has awarded over 1,000 statuettes.

“In celebrating the exceptional power of British and Irish music writing and by honoring the past, the present and the eternal creators of music – once again this year, The Ivors absolutely smashed it,” said BASCA chairman Crispin Hunt. “BASCA’s heartfelt congratulations go out to every winning composer. Whether you wrote songs, symphonies or syncs – we salute you.”

Winners include Queens of the Stone Age frontman Josh Homme who was recognized as a co-writer on British grime hip hop artist Skepta ‘s track “Man,” which won for Best Contemporary Song. “Man” samples the Queens of the Stone Age song “Regular John.” Singer-songwriter Bill Withers received a PRS for Music Special International Award, which is presented to an international songwriter who has had an outstanding career and been a major influence on the British music industry. Florence + the Machine frontwoman Florence Welch was honored with the International Achievement award.  “Thank you so much to the Ivor Novello Awards for the ‘International Achievement’ award,” Welch commented.  “And thank you to everyone around the world who listened to the songs and showed me that we all speak this loving, cosmic and universal language of music. This award is for you.” A complete list of winners can be found below.

Black Man in a White World

Published in the UK by Warner/Chappell Music Publishing

Written by Skepta and Josh Homme

Published in the UK by Universal Music Publishing

PRS for Music Most Performed Work

Hymn For The Weekend

Published in the UK by Universal Music Publishing

Kubo and the Two Strings

Published in the UK by Muttnik Music Publishing

Published in the UK by Du Vinage Publishing

Songwriter of the Year