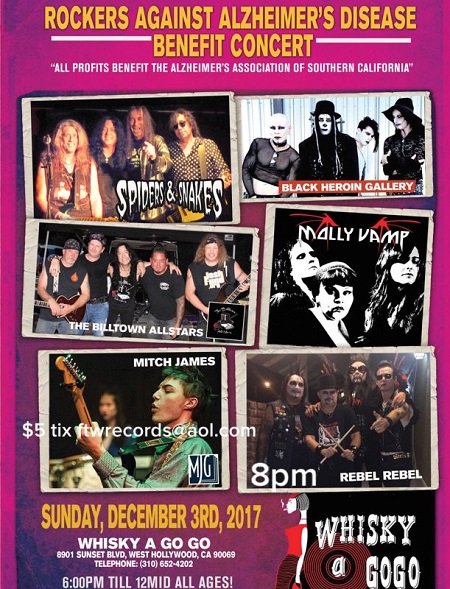 Lizzie Grey and his band Spiders & Snakes will be playing an Alzheimer’s benefit show on December 3rd at the Whisky A Go Go in Hollywood. The concert is rumored to be Grey’s final show due to his ongoing battle with Parkinson’s disease. Betsy Bitch is also on the bill.

Lizzie Grey is best known for his work with the band London, a group he formed with Mötley Crüe bassist Nikki Sixx. He also co-wrote the song “Public Enemy #1,” which appeared on the Crüe’s debut album, Too Fast for Love. We interviewed Grey about ten years ago on one of our older websites. You can read all about the history of London at this location.

Nikki Sixx:
“This is so sad. I am just hearing about this. I won’t be in Los Angeles or I would go and play. Lizzie is a great guy and talented songwriter.  If anybody has contact to Lizzie Grey I would like to reach out. Thank you.”