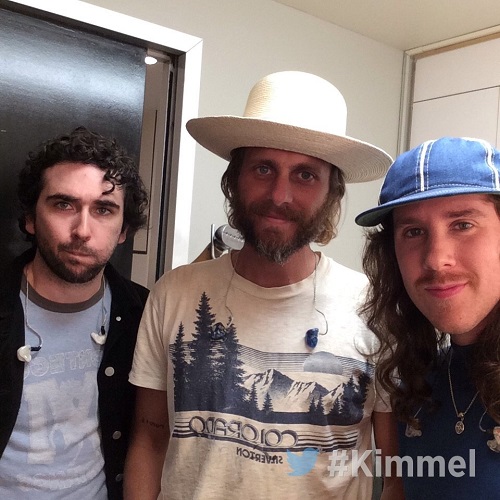 The group will be promoting their brand new album, Here Come The Runts, which was released on February 2, 2018.  Frontman Aaron Bruno, formerly of Under the Influence of Giants, Home Town Hero, and Insurgence, recorded the album in his coastal mountain range near Los Angeles. “I am a homebody, I like being home,” he said in a recent Billboard interview.  “And it worked, that was the cool thing.  You have this grand idea, and who knows if it’s going to work out.  The record definitely has a feel to it that seems parallel to the vibe of this mountain and the land in a lot of ways.”

Awolnation released their debut album, Megalithic Symphony, on March 15, 2011.  The album featured their most notable hit, “Sail,” which peaked at #17 on the Billboard Hot 100.  The track has been certified 6X platinum by the RIAA, after selling over 6 million copies in the United States alone.