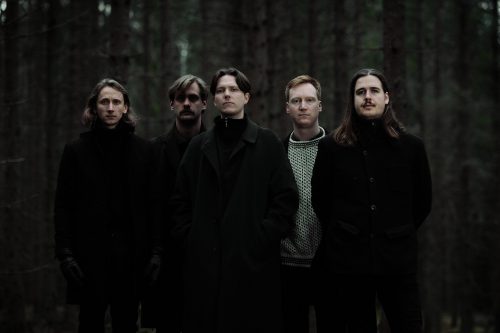 Norwegian progressive rock group AVKRVST have signed with InsideOutMusic/Sony Music for release of their debut album in 2023.

AVKRVST was founded by Martin Utby and Simon Bergseth – two musicians and friends who grew up together and have been playing tons of gigs with all kinds of different bands, but never together – until now.

The band have shared a teaser video of them working in the studio:

The band had this to say about the signing: “Signing with InsideOutMusic is a childhood dream come true. We’re beyond excited about the journey ahead and ready for the world to hear our music.”

Thomas Waber, InsideOutMusic Label manager had this to say: “We are really happy with the signing of Avkrvst, a young new band from Norway. I am convinced they will find an audience in the current scene. Looking forward to building a future together!”

At the young age of 7 years old, Martin and Simon made a pact that they would form a band when they got older. Now, 22 years later they’ve done just that. An album is ready – 55 minutes of music inspired by everything they grew up listening to – everything from Mew, Anekdoten and Porcupine Tree to Opeth, Neal Morse and King Crimson.

All the music has been written at a small cabin, deep into the Norwegian forests (Alvdal, Nor- way). Simon (composer, guitars, bass and vocals) and Martin (composer, drummer and synths) have later been joined by Øystein Aadland on bass/keys, Edvard Seim on guitars and Auver Gaaren on keys.