Armored Saint: To continue celebrating our 40th anniversary this year, we’ll be digging into the Saint vault and pulling out some throwback photos to share with you all. Starting it off with this gem!

Before Saint formed, John, Joey, Phil, and Gonzo had a band (1979) while Juniors in high school called Royal Decree (Yes, we were waaay into Queen).

This check stub is from a battle of the bands at our high school which we won first prize, with one of the judges being Rodney Bingenheimer of KROQ Los Angeles fame. 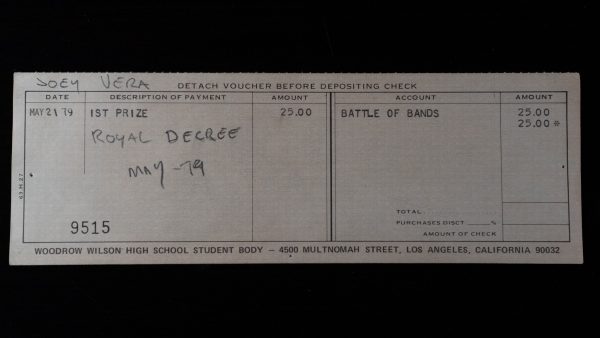