Australian folk-pop siblings Angus & Julia Stone announced a string of 2017 European/UK tour dates. A list of those dates can be found below. The duo recently came back together to record a new album, Snow, the first full-length release since their 2014 self-titled album.

The forthcoming album was self-produced in Angus’ cottage studio, Belafonté, in the hinterland of Byron Bay. You can now listen to the title track in the clip above. “It was quite magical because Angus and I have never spent that much time together, just the two of us,” Julia commented. “There’s always at least an engineer or tour manager but the last phase of writing and recording was just eight weeks of him and me and the quiet of the land. It was a beautiful time.”

Their previous album was produced by the legendary Rick Rubin who described Angus & Julia as “truly unique musicians…and authentic and pure people who do things from the heart”. Rubin, who has worked with many of the world’s greatest recording artists, continued, “I’ve never worked with anyone like them before.” 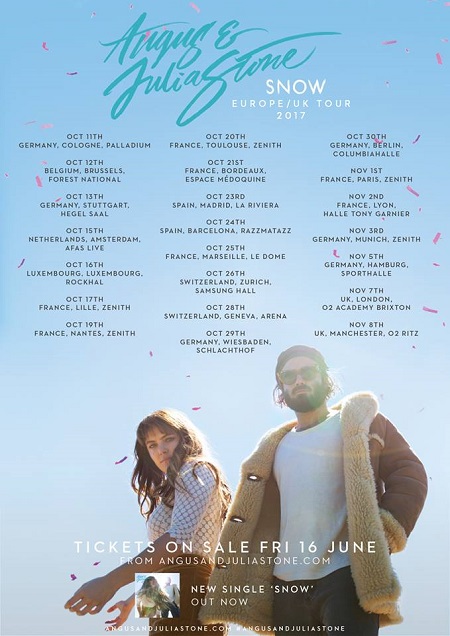