Alex Skolnick:  “At long last Alex Skolnick Trio plays Yoshi’s tonight. Concerts I’ve attended here (including the original location) had such a profound impact, that to be coming back as a headliner is personally – to quote a certain former VP: “A big f—king deal.” 8pm. Look 4ward to seeing my Bay Area friends!” 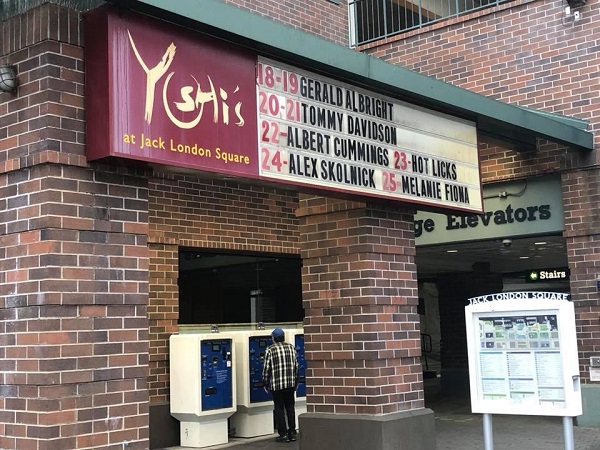 Take the elegance of jazz guitar as inspired by Wes Montgomery, Jim Hall, and Joe Pass. Blend it with the greatest melodies of heavy metal (Ozzy Osbourne, Scorpions and Aerosmith, et al). What do you get?

Known for their sophisticated re-harmonizations of heavy classics as well as quirky originals, AST perform with a depth, humor, and character that enthralls fans across the musical spectrum. An AST concert will quickly achieve legitimacy in the eyes and ears of skeptical jazz fans, while at the same time introduce metalheads to the pleasures of music without moshpits. A 2015 cover story said of its leader, well known for his work with thrash metal group Testament, “Though heís pretty much a household name in heavy metal, Alex Skolnick is not your average, everyday shredding guitarist. In reality, he defies categorization by musical genre.” (Making Music Magazine 2015).