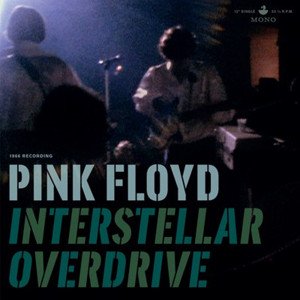 On Record Store Day (April 22nd), Pink Floyd will release a previously unreleased mono version of their 1966 instrumental, ‘Insterstellar Overdrive’, on 12-inch 180-gram vinyl. The 33⅓ RPM record will also include a fold-out poster plus an A6 postcard featuring the band while they were recording their debut single, ‘Arnold Layne’.

Written and performed by Syd Barrett, Roger Waters, Richard Wright and Nick Mason, Interstellar Overdrive is an unheard recording from 1966, running at a hefty 14 minutes 57 seconds long. The original recording was done at the Thomson studio in Hemel Hempstead, Hertfordshire, on November 31, 1966, before the band were signed to EMI. A different, shorter version of the track appears on the band’s debut album The Piper at the Gates of Dawn.”

A limited edition pressing of the single will also be available at The Pink Floyd Exhibition: Their Mortal Remains at London’s Victoria & Albert Museum (May 13).