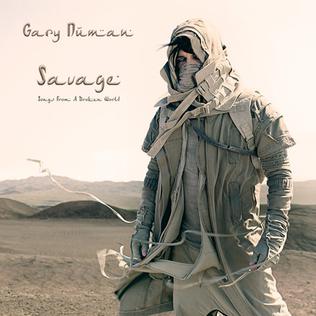 In the clip below, Gary Numan talks about the writing and recording process for his twenty-first studio album, Savage: Songs From A Broken World, out this Friday, September 15th.

Savage: Songs From A Broken World is a concept album centered around the blending of Western and Eastern cultures in a post-apocalyptic world that has become desertified as a result of global warming. “The songs are about the things that people do in such a harsh and terrifying environment,” Numan stated in an interview. “It’s about a desperate need to survive and they do awful things in order to do so, and some are haunted by what they’ve done. That desire to be forgiven, along with some discovered remnants of an old religious book, ultimately encourages religion to resurface, and it really goes downhill from there.”