On August 21st, 2017, Nashville will gaze upward and fall awestruck as the sun is obscured by the moon. Day will turn to evening, temperatures will drop dramatically, light will stream across the sky around the silhouette of the moon and we insignificant humans with our small feet planted on planet earth will be overwhelmed with an understanding of the vastness of the cosmos and how we are but small spectators in the great cosmic ballet. 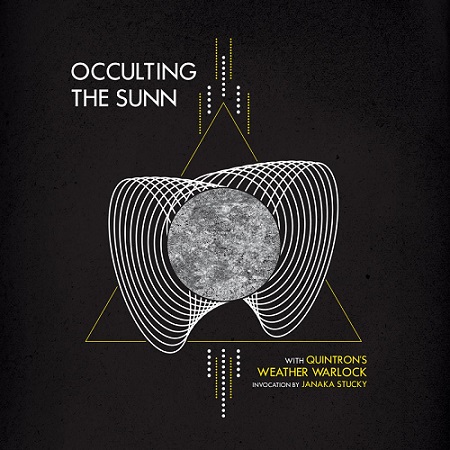 Third Man will be celebrating this incredible natural event with a live soundtrack that is created and controlled by the eclipse itself.

Weather Warlock, created by New Orleans musician and inventor Quintron, is a large analog synthesizer which is controlled completely by the weather and employs sun, rain, wind, temperature, moon, and lightning to affect an E major drone chord with special sonic events occurring at sunrise and sunset. Quintron predicts the effects of the totality of the eclipse on the Weather Warlock sensors, producing a very dramatic effect indeed. The performance will last through the partial eclipse (beginning and end) as well as the totality.

Weather Warlock will be conducted by Quintron on the roof of Third Man Records, there will be a special PA set up outdoors w/ speakers both projecting from the roof and ground to pipe the hypnotic soundtrack throughout the area in the PieTown neighborhood, creating a completely immersive experience for spectators eyes, ears and souls. They will also be running mics from the roof down to their mastering studio and cutting the totality portion of the eclipse soundtrack direct to acetate for future release.

The event will open with an invocation from poet Janaka Stucky at 12:30pm.

*** ECLIPSE VIEWING GLASSES WILL BE PROVIDED FOR THE FIRST 500 ATTENDEES ***
(TMR BRANDED, OF COURSE – ONE PER PERSON)