Sun Seeker will hit the the road this fall in support of their Biddeford EP. These dates kick off on September 12 at the Caledonia Lounge in Athens, GA before taking the group through New Orleans, Austin, Chicago, Philadelphia, Boston, Brooklyn and more, culminating on October 16 at The Open Chord in Knoxville, TN. Tickets go on sale this Friday (8/4/17) at 12pm local time.  Biddeford was released on July 14, 2017 via Jack White’s imprint, Third Man Records. The video for “Won’t Keep Me Up At Night” has been embedded above.

Now all 21, the “bunch of musical friends” at the core of Sun Seeker have been collaborating in some sense since eighth grade. The trio formed a loose collective of combos, playing together in each other’s bands, with Sun Seeker officially convening in January 2013. The band became fast favorites on the Nashville scene, earning word of mouth and a fervent fan following via an electric live presence and a striking collection of songs. Sun Seeker will celebrate BIDDEFORD with intense national touring, not dissimilar to the approach they took in building a hometown following. The band plan to use the time between runs to record their now eagerly anticipated debut album, still determined to keep venturing forward, developing and expanding the distinctive parameters of their own intrepid sound and vision. 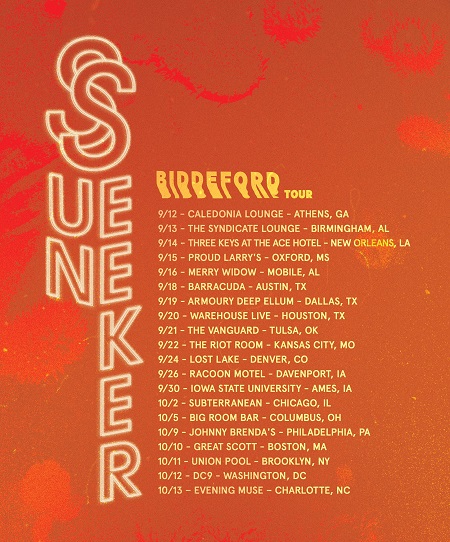