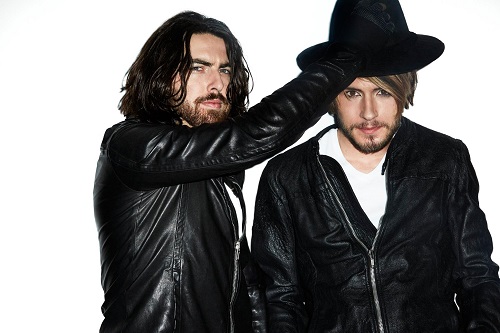 The official video for the song “Vervain” by The Dose can be viewed below.  The L.A.-based rock band features Ralph Alexander and actor Robert Downey Jr’s son, Indio Downey.

Downey [vocals, guitar] and Alexander [drums,bass] realized their destiny as a duo by accident after a gig in their native Los Angeles, CA. The boys had a gig scheduled as a trio, but through unforeseen circumstances, Indio and Ralph found themselves forced to take the stage as a two-piece. However, everything clicked. They spent the next year uncovering the ingredients of a singular style steeped in rock bombast, alternative poetry, blues rawness, and progressively metallic intricacy. It’s as if the ghost of nineties Seattle started to finally (and thankfully) possess the Spotify era…

Living together and jamming daily, the band tirelessly pushed to bring this vision into focus. Inspired by the likes of Led Zeppelin, Nirvana, Queens of the Stone Age, Tame Impala, and The Sword, The Dose unlocked a robust signature sound without adding any other members, resorting to digital playback, or employing backing tracks.

“We want to be the biggest-sounding two-piece we can be,” affirms Ralph. “I play bass synth pedals with my foot while I’m drumming. In Rush, Geddy Lee would use the same pedals when he’d switch to keyboards. We didn’t want to sacrifice an end of the spectrum.” 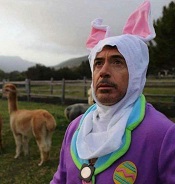 Robert Downey Jr:  “I think these fellas are going places…‘Vervain’ music video from The Dose.”