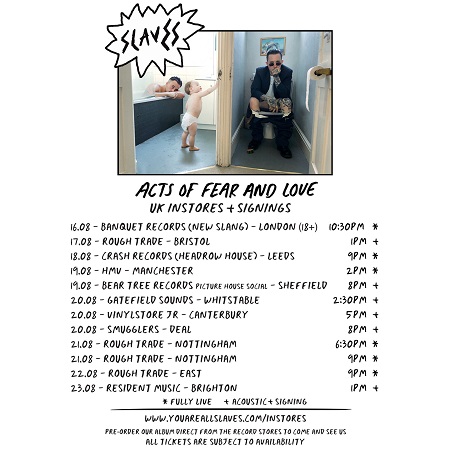 Slaves will be playing some up close and personal shows at some of their favorite record shops around the UK. A list of dates can be viewed via the pic above or at this location.

The duo recently announced their forthcoming album, Acts of Fear and Love, which will be available worldwide on August 17, 2018.