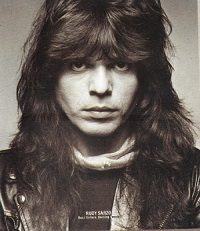 Rudy Sarzo: My hero, mentor, Quiet Riot brother Frankie Banali is now resting in peace and pain free. I will post a follow up in days to come as try to process this unmeasurable loss. 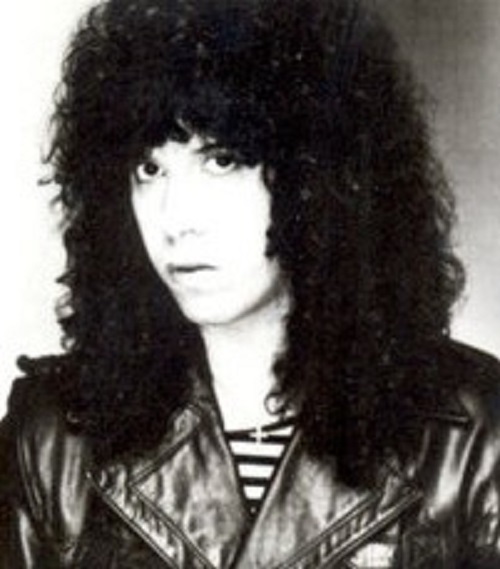 I’m completely devastated by the loss of my lifelong friend and musical comrade, Frankie Banali. I first played with Frankie in 1981. It's hard to fathom that this mighty force as a drummer, fierce leader and our brightest beacon has been dimmed forever. Rest In Peace pic.twitter.com/SBaXpOIXIJ

I’m so sorry to hear this. @QUIETRIOT drummer @FrankieBanali has passed away. Metal Health was the 1st-ever #1 heavy metal lp, propelled by his driving energy. I send my love to his family and loved ones during this difficult time https://t.co/XbiiZLzi33

So saddened to hear of the passing of my drumming brother @FrankieBanali. He fought an incredibly brave battle against Cancer and his strength and dignity was truly inspiring…Rest In Peace my friend 😢 #RIPFrankieBanali pic.twitter.com/pTXPuqgScG

So brokenhearted to hear Frankie Banali passed away from cancer yesterday. Always a gentleman to me & the Y&T guys over the decades, & of course, a powerful drummer in an iconic band. He worked hard all his career to bring the music to the people, no matter the challenges. RIP

Heartbroken to hear of Frankie Banali’s passing after a courageous battle with Cancer.
One of the coolest and kindest men I ever had the honor of knowing. A groove like no other and sheer power behind the kit! Rest In Peace my brother….

Wow. What a day. So sad to hear about the loss of @FrankieBanali. He fought hard until the end. His playing and rock ‘n’ roll spirit will live forever. A fellow New Yorker, Frankie was the real deal. RIP my friend.
“Take me away from all this death.”

RIP Frankie Banali. One of the best drummers to come out of the 80’s hard rock scene. I used “Bang Your Head” as entrance music for several years early on. Those drums to kick off that song always got me. Godspeed sir. pic.twitter.com/Ph9EOq6NPX

I just heard that my friend, brother and fellow musician, Quiet Riot drummer Frankie Banali passed away. I share many wonderful memories with Frankie and will always remember him with a smile. Safe travels my brother. Love you 💙 pic.twitter.com/xd4sejn41E

So very sad that my brother Frankie Banali, passed away last night.
Frankie played drums on the the Hughes: Thrall album . There was
no one more loyal honorable courageous and committed than Frankie.
Words cannot express how I feel. Let’s all share the love for Frankie
🧡🕊🙏 pic.twitter.com/OkdQhemvW3

RIP Frankie Banali. I’ve known Frankie for many years & he was always a straight up dude. I worked in the studio with him & we have played many shows together. I respected his determination & unwavering passion for playing drums. You will be missed my friend. Condolences to Regina & your daughter.

R.I.P. Frankie Banali I’m deeply saddened to hear this news!!! Frankie was a great guy, and I had many laughs with him!!!! The band upstairs is unfortunately becoming greater…Rest in Peace buddy!!!!! pic.twitter.com/QWc4SN5aw9

So sorry to hear about the passing of @FrankieBanali. God bless he was a great drummer and a really good person. God bless his soul.

Very sad to hear of the passing of Frankie Banali. He was so open in his reports of his illness and seemed to live through his treatments and setbacks bravely and with grace. RIP. https://t.co/7C7E4NJf7y

Sad news about #frankiebanali RIP he played the drums on my first version of Mony Mony recorded in 1981 he did a fantastic job!

Frankie was one of the kindest, funniest, generous, talented and zen people I’ve ever met. Equally passionate about animals as he was his drumming. One of the most hard-hitting, in your face drummers out there and a true pleasure to tour with. A gentleman on and off stage and a total class act. He’d always greet me with a “fugetaboudit” and a big kiss on the cheek. Saying that he will be missed is the understatement of the year. Prayers of strength and support to his family. I’m proud to have been your friend. RIP Frankie. #frankiebanali