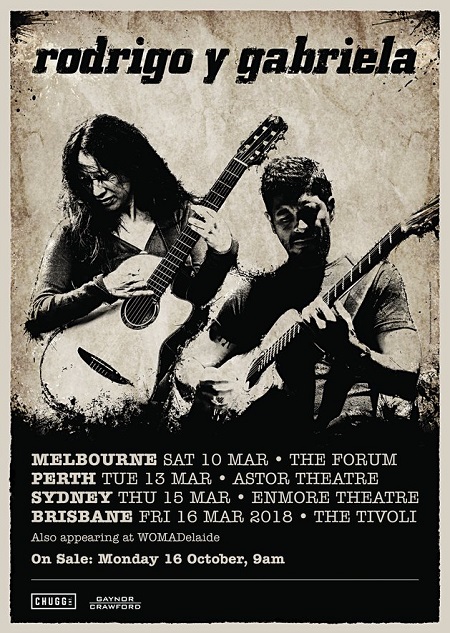 Spanish-influenced guitar duo Rodrigo y Gabriela just announced a string of Australian tour dates as they continue to celebrate the tenth anniversary re-release of their classic self-titled break-out album. These shows will be a celebration of all songs from the album as well as an opportunity for fans to hear some new music from their upcoming new studio album. Tickets go on sale Monday, October 16th @ 9AM. A list of dates can be found below.

Previous: Liam Gallagher: ‘As You Were’ Debuts @ #1 in the UK
Next: Beach Boys’ Mike Love to Release New Double Album