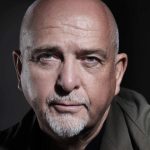 It’s been a while and I am now surrounded by a whole lot of new songs and am excited to be taking them out on the road for a spin. Look forward to seeing you out there. 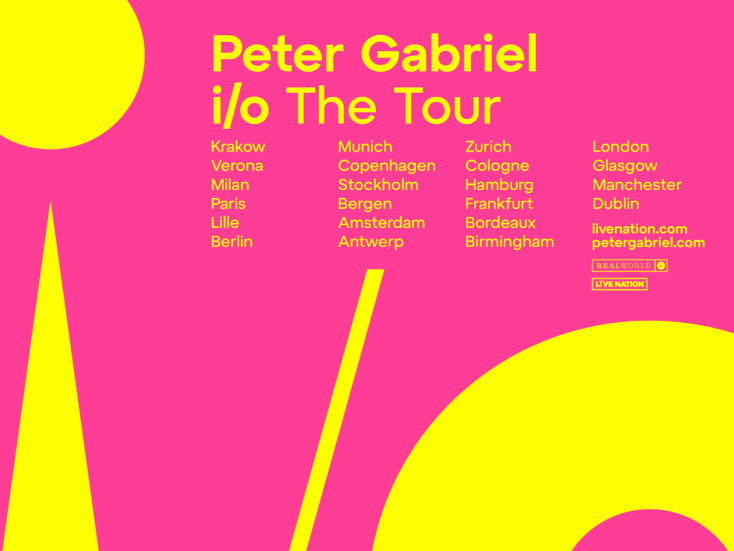 Today, Peter Gabriel has announced plans for his 2023 tour across the UK & Europe next spring. The tour marks his first shows outside of North America since 2014’s Back to Front Tour celebrating the era-defining album So.

Produced by Live Nation, the 22 shows in Europe will kick off in Krakow, Poland on 18 May 2023, with dates in Italy, France, Germany, Denmark, Sweden, Norway, The Netherlands, Belgium, Switzerland, and the UK before wrapping in Dublin, Ireland on 25 June 2023.

The tour will then continue in North America in the late summer/fall with dates and ticket information to follow.

i/o The Tour will see Peter playing new material from his forthcoming album i/o, as well as delving into his extensive catalogue of music, with hits, fan favourites and the unexpected. For the shows, Gabriel will be joined by regular band-mates Tony Levin, David Rhodes and Manu Katché. Full details on the i/o album will follow.

If you are signed up to Peter’s Mailing List, you will be sent a link to access the early pre-order, starting Tuesday 8 November at 12 noon GMT / 13.00 CET. If not, sign up today here. Pre-sale ends on Thursday 10 November at 5pm GMT.

Previous: Steve Hackett: “Wonderful to be in magical Italy for the start of the tour in Rome” – 2022
Next: Motley Crue’s Nikki Sixx on Madonna: “People who have lost their grip” – 2022