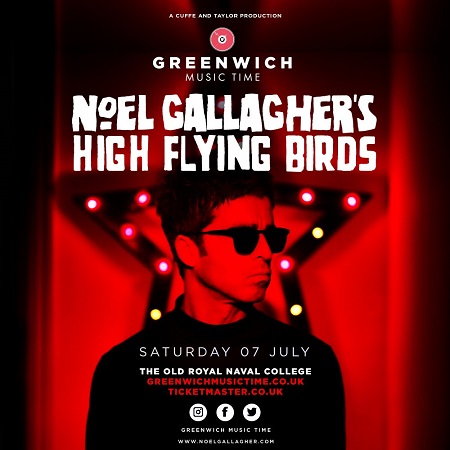 Greenwich Music Time is London’s premier concert series on the banks of the River Thames.

Noel Gallagher’s High Flying Birds released their third studio album, Who Built The Moon?, on November 24, 2017.  It debuted at #1 in the UK on the Official Albums Chart, after selling 78,000 physical, downloads and streaming equivalent units in its first week.