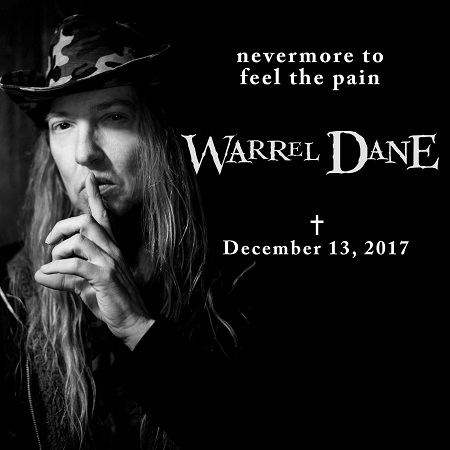 Sanctuary/Nevermore frontman Warrel Dane died on Wednesday (12/13/17) in São Paulo, Brazil. Dane reportedly suffered from a heart attack and was unable to be revived. The singer was in Brazil recording his second solo album.

Century Media Records mourn the passing of Warrel Dane (Sanctuary, Nevermore, Warrel Dane).  In respect to his family, bandmates & friends, an official statement will be made at a later stage. 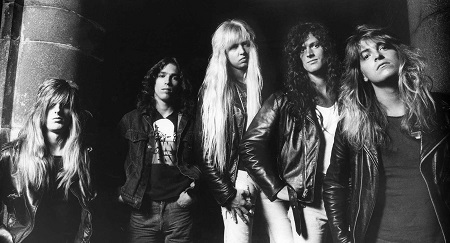 Michael Amott‏:
R.I.P. Warrel Dane. A lot of memories running through my head… It’s so strange to think you’ll never send me a funny text again. You were a uniquely talented, intelligent but troubled man that left your undeniable mark on Heavy Metal history. You’ll be sorely missed my friend.

Dave Mustaine:
So incredibly sad to hear that Warrel has passed. I recorded his first album with him, we were family. He was important to so many people and so many loved him. His legacy lives on with his songs and his voice. 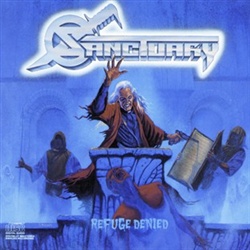 Mike Portnoy:
Very sad to hear of 2 passings in the music world today: Warrel Dane of Nevermore/Sanctuary and Pat DiNizio of the Smithereens. Remember everybody: our music may be timeless and live forever, but we do not… #CarpeDiem

Steve Di Giorgio‏:
RIP to a most talented, articulately eloquent, emotional singer, friend, and long time king metal vocalist Warrel Dane. He not only died the same day as his friend Chuck Shuldiner, but also in the middle of recording an album. The River Dragon has spoken.

The Mountain Goats‏:
Nevermore played the kind of metal that never gets the nod from any writers outside the metal world. Uncompromising, dedicated music. Goodbye Warrel Dane, I blasted “Dreaming Neon Black” in the car just last week.

Richard Christy‏:
Just heard abt Warrel Dane’s passing, so sad, especially being on the 16th anniversary of Chuck Schuldiner’s passing. Chuck & I used to listen to Dead Heart In A Dead World daily. A CLASSIC! Crank up some “Heart Collector” in honor of Warrel and Chuck!

Doro‏:
Very saddened to hear of the passing of our friend Warrel Dane. Another gone much too soon. Condolences to his many fans, friends and family. RIP Warrel and thank you for the music. xo

Doc Coyle‏:
I am stunned and deeply saddened to hear of Warrel Dane’s passing. Nevermore was the first big metal band to take God Forbid on tour. We were label mates, and they really took us under their wing. This just sucks. I’ll miss you, brother.

Ryan J. Downey:
My sweet friend Warrel Dane passed away this morning. Saw him perform at one of my first concerts. Interviewed him as a reporter. Toured with him as a fellow musician. Worked with him on two records as manager for his producer. His talent was massive. His charm & wit even bigger.

Gus G.:
I met Warrel Dane 2 years ago in Greece at a Festival.we got to hang out for a couple of days over dinner.From the little time we spent together he seemed like a gentle but tortured soul.He was one of the greatest Metal singers of our times. RIP my friend, God bless.

Mitch Lafon‏:
NEVERMORE/ SANCTUARY singer, WARREL DANE, passed away (heart attack) on tour in Brazil today. Rest In Peace. Had many occasions to meet him when Nevermore came to town. Always pleasant & down to earth. You will be missed. #RIP

Singing some Nevermore for the dude this am #rip #warreldane pic.twitter.com/4qVHTBZ8b9

Shawn Drover‏:
saddened to hear that Warrel Dane from Nevermore & Sanctuary has passed away. A true original……you will be missed greatly. #RIP

Ray Alder‏:
Such a shame. Warrel was my friend since the very early nineties. He was a great singer and even cooler dude. Goodbye my friend. May he rest in peace.

Jeremy Wagner:
I can’t believe Warrel Dane died.
So talented and too young.
He was always cool as hell to me.
Travel well, Warrel.