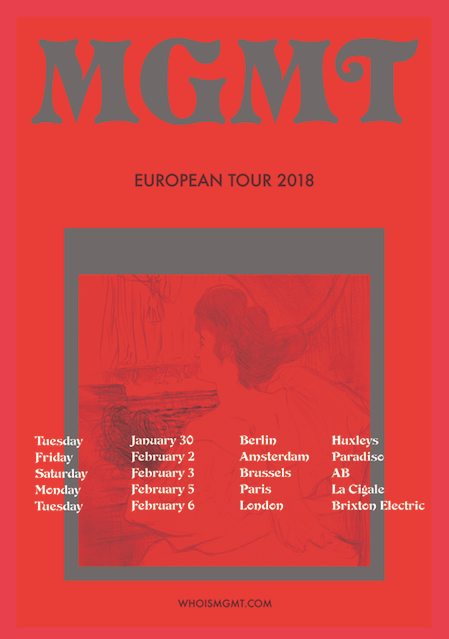 MGMT just announced a string of European/UK tour dates for 2018. The 5-date trek will kick off in Berlin at Huxleys on January 30th and wraps up in London at Brixton Electric on February 6th. A list of dates can be found below.

In October, the group released a brand new video for their song “Little Dark Age.”  The track is taken from the duo’s forthcoming album, which is expected to be released sometime in 2018.