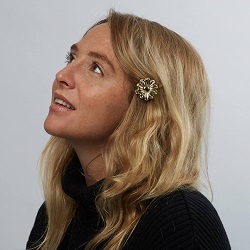 Lissie:   On Friday September 13th Beck/Woods’ super spooky new film “HAUNT” is in theaters! I’m so honored they asked me to cover Rob Zombie’s “Dragula” for it! ?? They hail from my hometown area of the Quad Cities and I’m such a fan of their film “A Quiet Place!” They’re awesome people to boot! So thrilled they included me!  Thanks to Lance at Humans Win! Recording Studio for creating this track with me! ??

You can pre-save/add my rendition of the song, which will be available on release day, at this location. ?

On Halloween, a group of friends encounter an “extreme” haunted house that promises to feed on their darkest fears. The night turns deadly as they come to the horrifying realization that some monsters are real.