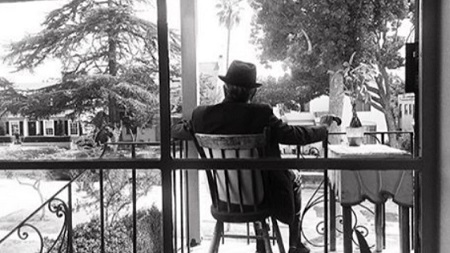 “Leaving the Table,” the posthumous video from Leonard Cohen’s fourteenth and final studio album, can be viewed below. The folk crooner released You Want It Darker on October 21, 2016, just 19 days before his death.

Due to Cohen’s multiple physical problems, You Want It Darker was recorded in the living room of his home in Mid-Wilshire, Los Angeles, with songs being sent via email to his musical collaborators.