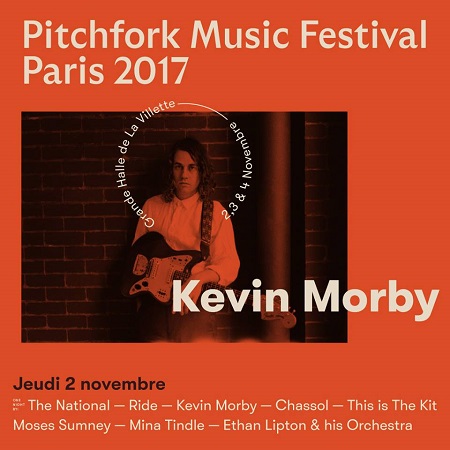 Kevin Morby was just added to the 2017 Pitchfork Music Festival lineup in Paris, taking place November 2-4 at La Grande Halle de La Villette. Morby is scheduled to perform on November 2nd. Other artists slated to perform include The National, Run the Jewels, Ride, Talaboman, BADBADNOTGOOD, the Blaze, and Polo & Pan. Beyond playing, the National are also curating one day of the festival. Tickets can be purchased at this location.