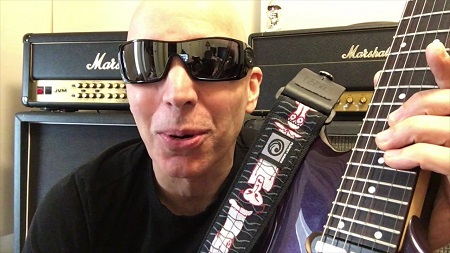 “Cherry Blossoms,” a new song from Joe Satriani, can be heard below. The track is taken from his upcoming sixteenth studio album, What Happens Next, a high-energy album that takes the legendary guitarist’s skills to exciting new heights.

The 12-track instrumental album features a power trio of Satriani on guitar along with two Rock and Roll Hall of Fame inductees: Deep Purple/Black Country Communion bassist Glenn Hughes and Red Hot Chili Peppers drummer Chad Smith, the latter reuniting with Satriani for the first time since their work in the supergroup Chickenfoot with former Van Halen vocalist and bassist Sammy Hagar and Michael Anthony.

What Happens Next will be released on January 12th via Sony/Legacy.