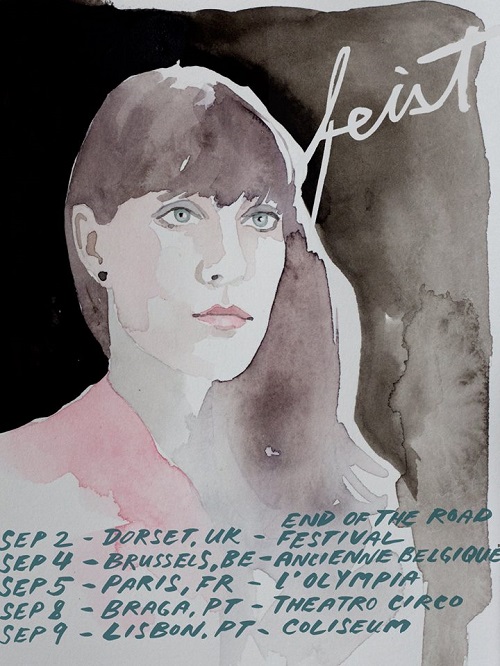 Feist will embark on a string of U.K./European tour dates set to kick off on September 2nd in Dorset at the End of the Road Festival.  The 5-date trek will also make stops in Brussels, Pars and Braga before wrapping up in Lisbon on September 9th.  A list of dates can be found below.

On April 28, 2017, Feist released her fifth studio album, Pleasure, via Universal Music Canada. Regarding the album Feist commented, “I’ve been so inward facing during the making of this record that I hadn’t quite prepared myself to face it, and myself, outward again. So here’s what I can tell you… I made this record last winter with 2 of my closest friends, Mocky and Renaud LeTang. I was raw and so were the takes. Our desire was to record that state without guile or go-to’s and to pin the songs down with conviction and our straight up human bodies.