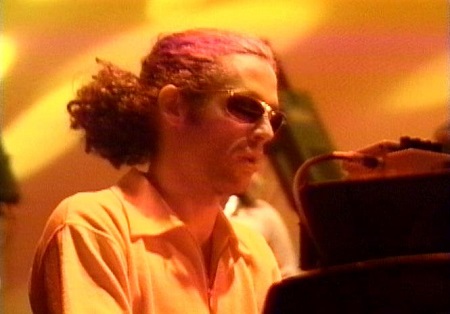 It has been confirmed that former Jamiroquai bassist Toby Smith passed away at age 46, on April 11, 2017. The keyboardist / producer / songwriter was a founding member of the group Jamiroquai. At this time, the cause of death has not been released. News of his death first surfaced after a fansite posting appeared, but was later confirmed by ex-Jamiroquai bass player Stuart Zender in an Instagram post.

The keyboardist / producer / songwriter was a founding member of Jamiroquai and was in the group during their most successful years from 1992-2002. He co-wrote some of the band’s biggest hits, including “Virtual Insanity,” “Deeper Underground,” “Cosmic Girl” and “Space Cowboy”. Smith left Jamiroquai in 2002 citing family obligations, but he continued producing other artists, including The Hoosiers and Matt Cardle.

I love you so much. My big brother Toby crossed over to the other side last night. All my fondest memories are of him and the band that we created. The most talented musician I have ever had the honor to make music with. There will never be another like you Toby. Your light will shine on eternally. Thank you for making mine and everyone's life so bright. I celebrate your love and life! Rest in Love. Your bald brother Stu x