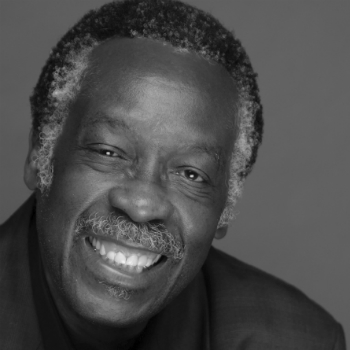 Clyde Stubblefield was a drummer, best known for his work with James Brown.

Stubblefield’s recordings with James Brown laid the foundation for funk. His take on the Brown classic,”Funky Drummer”, is one of the world’s most sampled beats, being used in some of hip hop’s baddest, tracks like Public Enemy’s “Fight The Power”, N.W.A.’s “Fuck Tha Police,” Run DMC “Run’s House” and LL Cool J’s “Mama Said Knock You Out”.

“We just put down what we think it should be.”

Stubblefield performed on Brown staples like, “Cold Sweat”, “There Was a Time”, “I Got The Feelin'”, “Say It Loud – I’m Black and I’m Proud”, “Ain’t It Funky Now”, “Mother Popcorn”, “Get Up, Get Into It, Get Involved”

“We just played what we wanted to play.”

Stubblefield told NPR, in a 2015 interview, that working with Brown wasn’t always easy. The drummer was essentially on-call and had to be available at a moment’s notice. James Brown was known to fine his fellow performers for anything he considered a mistake.

“Sometimes you don’t have to make a mistake,” says Stubblefield, who paid Brown more than once. “You just do a little something different and he’d call that a fine, he’d fine you.”

“Stubblefield is one of the most sampled drummers in history, the man whose uncanny ability to deconstruct pop music’s simple 4/4 rhythms into a thousand different sly syncopations laid the foundation not only for funk, but for most of hip-hop, as well.” – LA Weekly

Named drummer of the year by Rolling Stone magazine

Stubblefield collaborated frequently with “Jabo” Starks. As the Funkmasters, the duo released an album in 2001 called Find the Groove.

Stubblefield’s autographed drum sticks are in the the Rock and Roll Hall of Fame.

According to Questlove, drummer of The Roots, Stubblefield, ” defined funk music”.

Ben Sisario of The New York Times said, “on songs like ‘Cold Sweat’ and ‘Mother Popcorn’ he perfected a light-touch style filled with the off-kilter syncopations sometimes called ghost notes.

For more than 20 years he played Monday nights with his band, The Clyde Stubblefield Band, in downtown Madison, WI.

Inducted into the Wisconsin Music Industry Hall of Fame

Stubblefield had suffered from kidney disease. Following Prince’s death it was revealed that the mega-star, who idolized and respected Stubblefield, covered a substantial portion of the drummer’s medical costs.

Previous: Dave Mustaine Talks Megadeth Boot Camp
Next: Havok Vocalist, “We wanted the music to be harder and heavier”