Steve “Zetro” Souza is in the studio with Chuck Billy working on vocal ideas for an upcoming Testament album.

Prior to joining Exodus in the ’80s, Souza was the frontman for Legacy, which, after recruiting Chuck Billy as his replacement, changed their name to Testament.  Looking forward to hearing this one.

Make sure to read the full in bloom interview with Steve “Zetro” Souza. 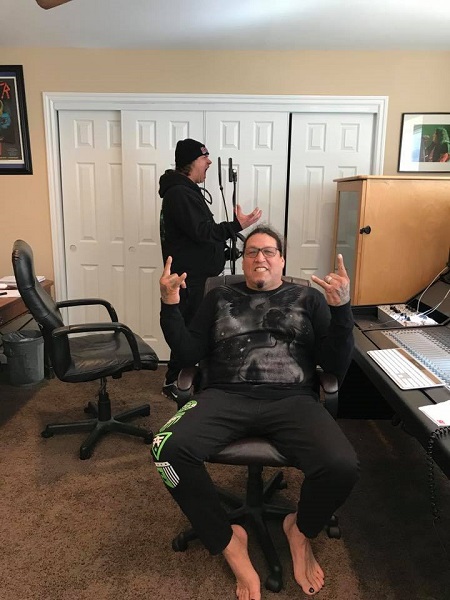