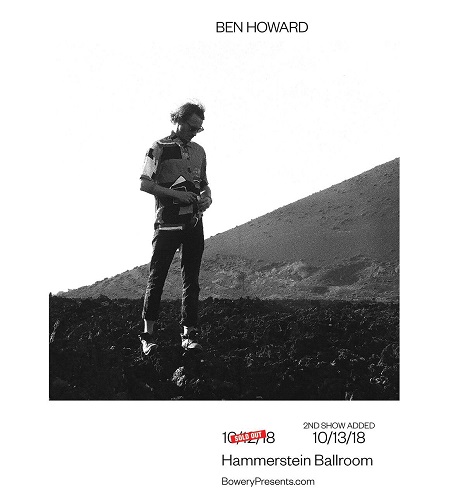 Due to overwhelming demand, Ben Howard will play a second show at the Hammerstein Ballroom on October 13th. Tickets go on sale this Friday at this location.

Howard is currently on tour promoting his third studio album, Noonday Dream,  which was released on June 1, 2018.  It marked the first record from the British singer-songwriter since 2014’s I Forget Where We Were, an album that debuted at #1 on the Official Albums Chart in the United Kingdom and was later certified ‘Gold’ after shifting over 100,000 equivalent units.