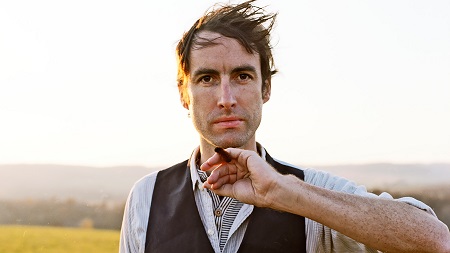 Andrew Bird will be one of the musicians working with composer, vocalist and bassist Esperanza Spalding, on her new project.  Video of Bird’s official statement has been embedded below.

Titled Exposure, Spalding’s new album will feature music written and recorded in just 3 days, with the entire session being broadcast live, via Facebook, for a global audience. There will more musicians and “special guests” involved in the project as well.

The live broadcast will begin on Esperanza Spalding’s Facebook page at 12PM ET on September 12th, and run for a consecutive 77 hours.

Once the cameras start rolling, the audience will witness every moment of Esperanza’s process, including her eating and taking breaks to sleep in the studio. A monitor will also capture and show Esperanza the comments from the live audience, allowing them to participate in the creative process. It will have the distinction of being the first album ever created entirely on Facebook Live, not just for an audience, but with an audience, for an unprecedented 77 hour live feed.

After the record is finished, a limited edition 7,777 CDs will be released. The packaging of each CD will include a piece of the original notepaper Esperanza will have used to write the lyrics and music, allowing those who witnessed the process to own a piece of the creation itself, directly from the source.

Esperanza says, “I foresee that creating before a live audience will add excitement and extra inspiration energy. Knowing someone is watching and listening to what you’re making seems to conjure up a sort of “can’t fail” energy, the necessity to keep going because it’s live draws up another depth of creative facility that can’t be reached when you know you can try again tomorrow.  Having such limited time to write and record will also force us to rely on improvisation and first instinct. Not allowing us time to judge, second guess, question, or alter the initial hits of inspiration that drive the creation of each song.”

In the studio with Esperanza Spalding Tuesday, September 12 (2-5 PM) to record on her new album, Exposure.”